If you are in the market for a new car, you should know that the make and model you choose will have a serious bearing on your auto insurance rates. Here are some of the factors that make some cars more expensive to insure than others:

The profiles of drivers who drive your type of car will determine your rates. Yes, you read that right – the driving habits or general characteristics of others determine your coverage rates. For example, if car X is popular with first-time drivers who love to race, then you may have to pay above-average insurance rates for car X even if you don't love to race. This is because, in as much as insurance companies love to customize insurance packages for their clients, they also can't ignore statistics and trends.

Some cars are so problematic that they easily get damaged even where other cars would have survived. Have you ever seen a head-on-collision where one car only has a few scratches while the other one looks like it was driven headlong into a brick wall? Well, cars with such dismal performances attract high coverage rates to shield insurance companies from the numerous claims they inevitably generate. Expect to pay comparable rates if you are buying a car with such bad claims' history.

There are multiple organizations that test and rate cars as soon as the cars are produced. Examples of such organizations include the Insurance Institute for Highway Safety (IIHS) and the National Highway Traffic Safety Administration (NHTSA). The organizations may not agree on the exact list when rating cars, but they will generally have the same cars in the worst and best pools (as far as safety is concerned) respectively. Picking a unit form the worst-safety-rating pool is likely to fetch you high insurance rates.

The value of a car is one of the primary factors that determine its coverage rates, and with good reason. For one, an expensive car will cost more to replace, in case it is stolen, than a cheap car. It also follows that expensive cars also tend to cost more to repair or service than cheap cars.

Lastly, you may also find yourself shouldering high insurance costs if you buy a car that is considered a thief magnet. Some cars are stolen more frequently than others because they are easy to break into, easy to dispose of or their parts can easily be installed on other cars.

To learn more, contact an insurance agent near you. 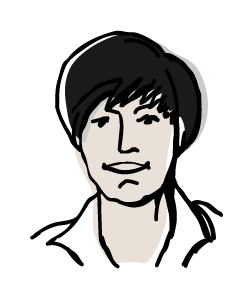 I have always been one of those people who is dedicated to keeping my family safe, but unfortunately, even a safe family doesn't translate to a family that has all of the money they need. I started thinking more seriously about how to make sure we always had enough money, and a friend of mine told me about a great insurance plan. I signed up for it, and before I knew it, we were saving money. I started this website to show other people how powerful a great insurance policy can be, since it has really helped me to save a lot of cash.

If you are purchasing SR22 insurance, you might be …

For any business that has an actual site where ope …

If you have a home and are worried about fire dama …

Whether you currently have a renters insurance pol …

Do you find yourself experiencing sticker shock ea …